The Truth About Himalayan Salt Lamps 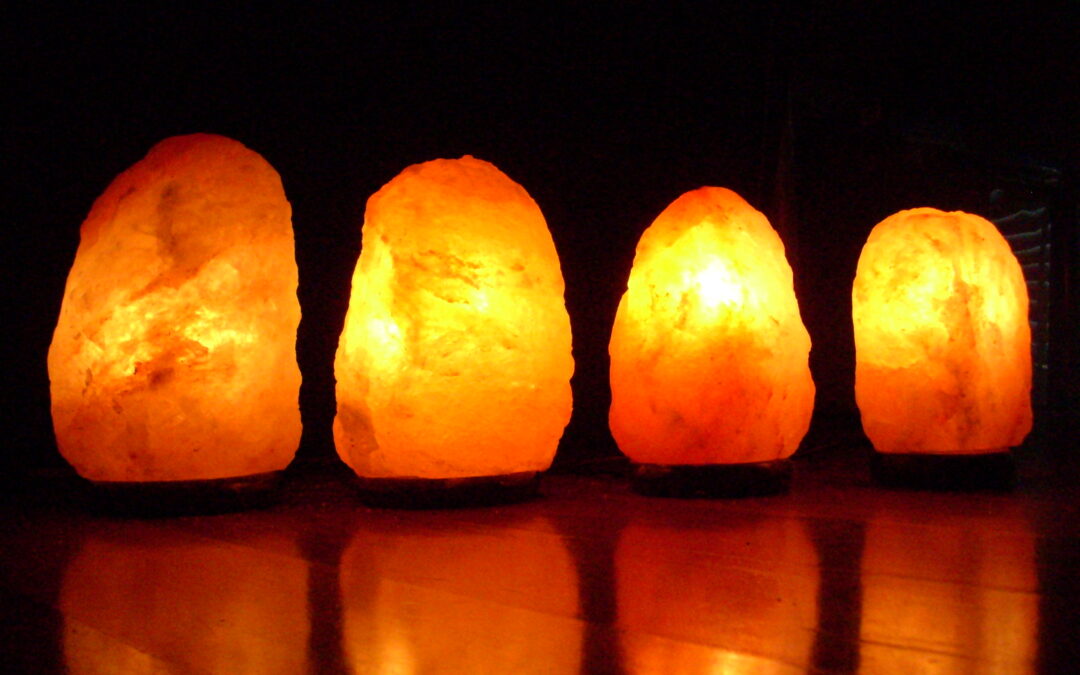 What is a Salt Lamp?

Himalayan salt lamps, commonly known as just “salt lamps” are made from chunks of Himalayan salt, mined from the Khewra Salt Mine at the base of the Himalayan mountains in Pakistan.

They come in a variety of shapes, sizes, and colours (depending on the mineral content), and are known for their mood enhancing ambient light, as well as their therapeutic benefits.

Salt Lamps — Do They Work?

There is a lot of speculation about whether salt lamps are actually beneficial to human health.

In this article we will explore the speculation, the empirical evidence, and also the clinical evidence currently available about the benefits of Himalayan salt lamps.

Do salt lamps live up to the hype?

Is it worth getting a salt lamp? 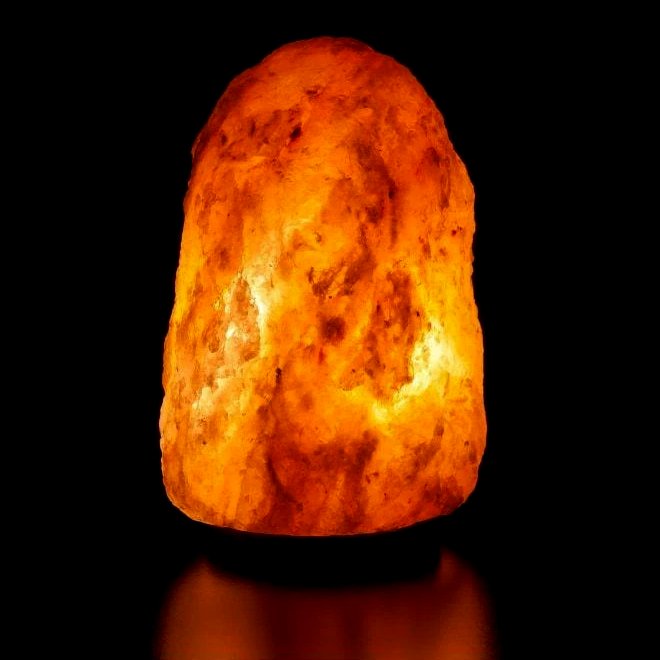 The claim is that the heat produced by the bulb inside the salt lamp releases negative ions in the salt, neutralizing the positively charged ions in the surrounding atmosphere.One of the many benefits Himalayan salt lamps are thought to have is the elimination of free radicals (positively charged ions) in the atmosphere, which are known to be harmful to human health by robbing cells of electrons (negative ions). Free radicals damage human cells and contribute to many diseases.

The claim is that the heat produced by the bulb inside the salt lamp releases negative ions in the salt, neutralizing the positively charged ions in the surrounding atmosphere.

In an article titled “Do Himalayan Salt Lamps Really Work?”, Healthline.com points out that there is no evidence to claims that Himalayan salt lamps release enough negative ions in order to purify the air to benefit humans.

Nor should we conclude yet that there aren’t any other health benefits such as those derived from crystal therapy. Salt is, after all, a crystal. Crystalline substances are known to filter various frequencies of electromagnetic fields (EM fields) that can be harmful to human health.

The benefits of naturally occurring salt are well known, are documented, and backed by science, including that of halotherapy and speleotherapy.

There are many health benefits of Himalayan salt therapy (known as halotherapy), and these benefits are backed by randomized, controlled, statistically significant evidence that exists and has been published in various medical journals over the last two decades.

That being said, these benefits are related to the various types of salt therapy as described below:

There are various methods of both wet and dry salt therapy.

These methods involve microscopic salt particles coming in contact with our skin and/or respiratory systems (the nose, sinuses, and lungs) where the anti-microbial properties of salt provide detoxification effects resulting in decreased mucus production, reduced inflammation, and cleaner air passages.

Once absorbed into the body, the microscopic salt particles provide benefits such as muscle relaxation, improved circulation, improved neural response, decreased body aches and pains, healing for all types of skin conditions such as Psoriasis, Eczema, Acne, and infections causing rashes or irritation. 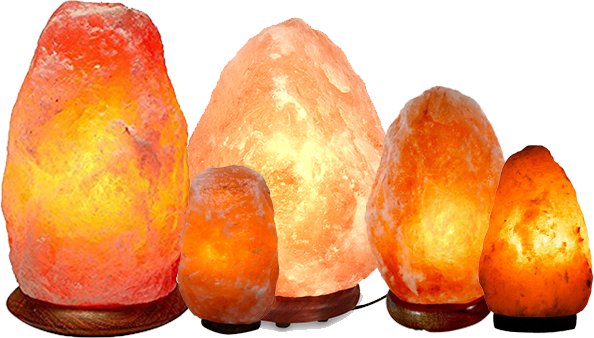 In addition to the above, many people also report rejuvenation of their skin, clearing up of scars and blemishes, reduction in wrinkles, as well as profound anti-aging effects.

All of these benefits are backed by clinical evidence.

The study above states:

For centuries people have known the ability of salt rock crystal to improve air qualities by enriching it with negative ions. Salt lamps are thought to be a good source of negative ions. In view of the claim of the salt lamp sellers regarding its beneficial effects the neurochemical study was an extension of the behavioral study conducted in rats. Test animals were exposed to salt lamp for 14 weeks.

…neurochemical analysis showed that brain tryptophan and 5-HT metabolism were increased after salt lamp exposure. The results are discussed in relevance to its antidepressant effects and other behavioral activities monitored previously.

Reasons to Get a Salt Lamp

✅ The clinical evidence is positive.

✅ The empirical evidence is positive.

✅ Whether it’s to improve relaxation, reduce stress, increase energy levels, promote better sleep patterns, improve your overall sense of well-being, or just for decorative purposes, getting a salt lamp or two seems to be a great choice. 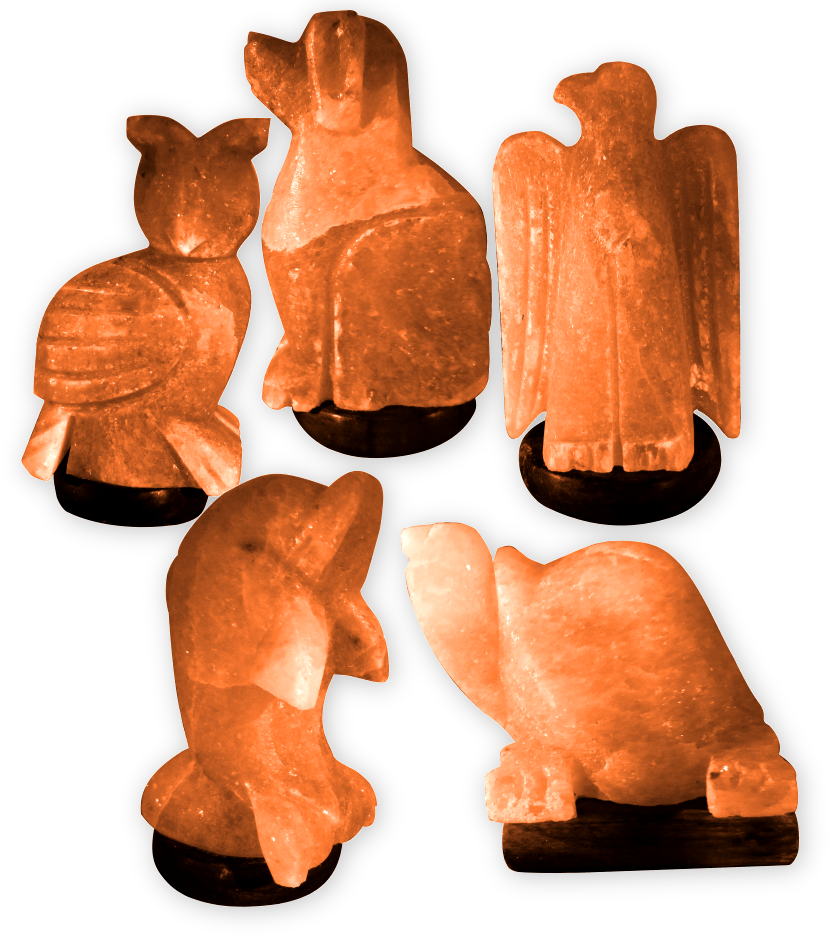 Where can I buy a salt lamp?

At Select Salt, we carry all of the Himalayan salt lamps listed above. Contact us if you’re interested in placing an order.