The Salt Inhaler (and How to Use one) 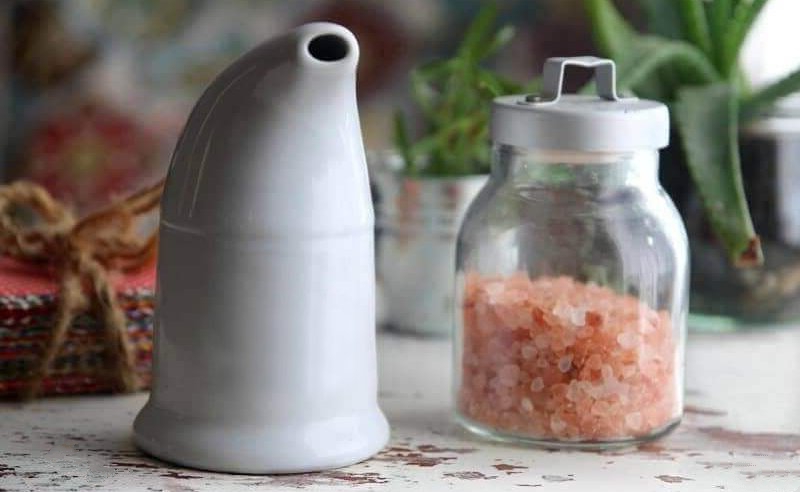 What is a Salt Inhaler?

A salt inhaler, also known as a salt pipe, is a small device that allows you to breathe in air that has been permeated with microscopic salt particles.

Although any type of salt can be used inside a salt inhaler, the most common type is the Himalayan salt inhaler. Himalayan salt contains 84 essential minerals and trace elements vital to your body’s health and well being including zinc, iron, calcium, potassium, and magnesium.

What are the Benefits of Using a Salt inhaler?

Listed below are just some of the known health benefits of using a salt inhaler (with sources):

According to Lung Health Institute:

“When fine salt particles are inhaled, they will fall on the airway linings and draw water into the airway, thinning the mucus and making it easier to raise, thus making people feel better,” said Dr. Edelman. “Also, these environments are allergen-free and thus good for people with allergies affecting their lungs…”

According to Webmd.com, Himalayan salt emits negative ions which:

are odorless, tasteless, and invisible molecules that we inhale in abundance in certain environments. Think mountains, waterfalls, and beaches. Once they reach our bloodstream, negative ions are believed to produce biochemical reactions that increase levels of the mood chemical serotonin, helping to . . . relieve stress, and boost our daytime energy.

According to themedichannel.com, using a Himalayan salt inhaler:

Helps you to sleep better and also to boost your immune system. Since stress produces cortisol which obstructs the flow of the sleep hormone, melatonin, it is believed that since Himalayan salt can relieve stress, it means your body will be more relaxed and will sleep better. Sound sleep is one way to boost the immune system.

A short demonstration video of how to use a salt inhaler, below:

How do you use a salt inhaler?

Where can I buy a Himalayan salt inhaler? 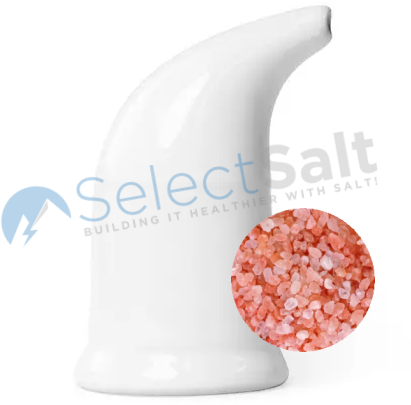 At Select Salt we carry Himalayan salt inhalers in cases of 4.

✅ Pre-filled with 100% authentic Himalayan salt.
✅ 100% pure medium grain Himalayan salt crystals.
✅ Our Himalayan salt is imported from the Khewra salt mine at the base of the Himalayan mountains in Pakistan.
✅ Wholesale pricing in cases of 4.