What’s the Deal with Salt? 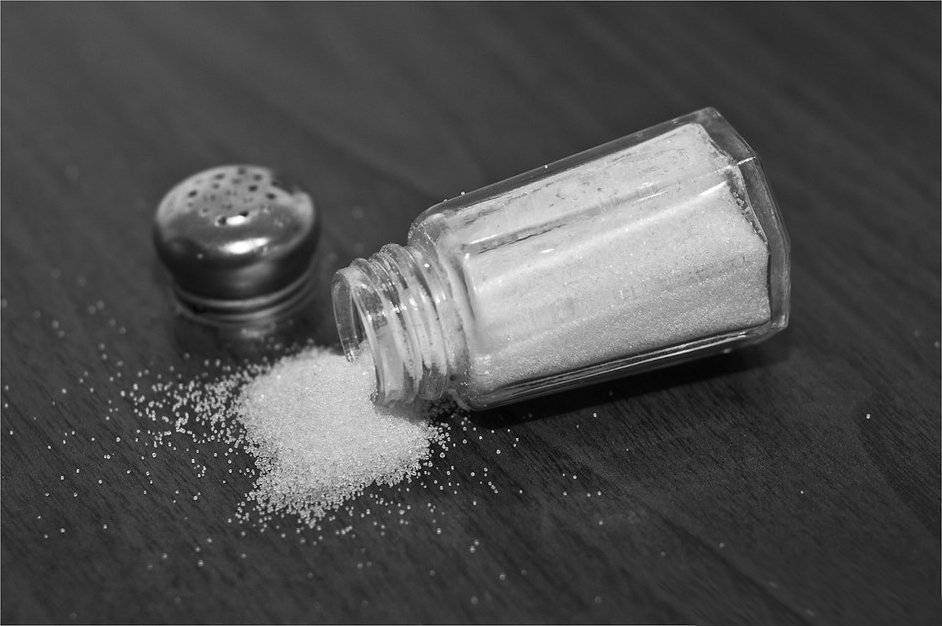 There seems to be a lot of confusion and speculation about salt and sodium in our diet. If you ask 3 different people, you will likely get 3 different answers. 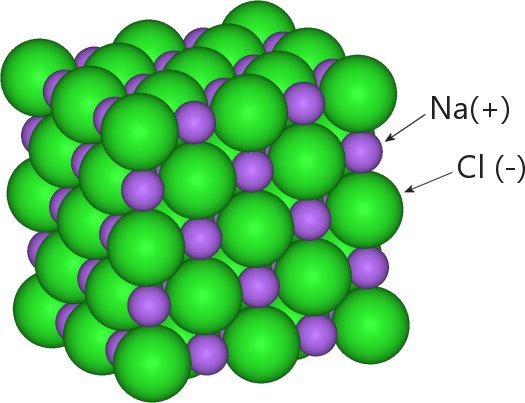 A sodium chloride molecule (salt)
There are many types of salt but the one we are most familiar with is table salt, which carries the chemical name of sodium chloride.

This means that it contains the 2 elements, sodium (Na), and chlorine (Cl). When you join the molecules of sodium and chlorine together, you end up with the crystalline form of sodium chloride, which is salt.

Electrolytes simply are conductive elements, allowing the flow of electric current. When salt dissolves into water, that water then becomes conductive. Without electrolytes, water is non-conductive.

These electrolytes enhance the flow of current in our body’s nervous system, and in this case, the nerves in our tongue that affect the sense of taste.

The terms “salt” and “sodium” are often used interchangeably, but the two are not the same. Some people have heard of the term sodium, and about how some foods contain a lot of sodium. It’s important to know the difference.

Salt is the crystalline compound made up of sodium and chloride. Salt contains sodium.

One gram of salt contains about 400 mg of sodium. This is about as much as you’d get in a sprinkle of salt from a salt shaker over a plate of food.

How Much Sodium is in Salt?

The chart below shows some examples of how much sodium you will find in salt.

How Sodium Works in the Body

As mentioned above, sodium is an electrolyte, meaning that it is a positively charged ion which allows electrical impulses to travel through it, when it exchanges a signal with a negatively charged ion.

Electrical charges are exchanged between the sodium and potassium ions, resulting in an electric signal.

Thus, the body needs both, sodium and potassium in order for the nervous system to function.

So, how much salt do we need?

The Institute of Medicine recommends that healthy adults consume 1500 mg of sodium per day (or 3/4 of a teaspoon of salt).

How Much Salt is Too Much?

The Institute of Medicine, USDA and the US Department of Health and Human Services recommend that healthy adults limit their sodium intake to less than 2,300 mg per day, or just over one teaspoon of salt. 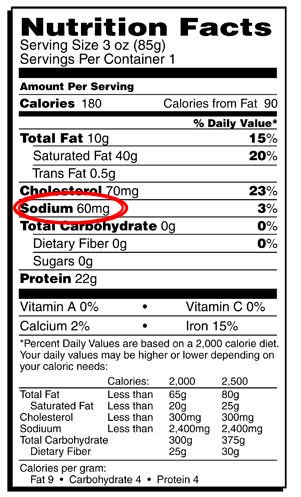 Sodium: Nutritional Info Label
Too much sodium intake is a known health risk, and can lead to high blood pressure and increased risk of stroke, heart failure, osteoporosis, stomach cancer, and kidney disease.

Examples of Foods with Too Much Sodium

Generally, most whole foods are safe to eat.

The problem arises with processed foods, which are often loaded with excessive amounts of sodium.

It’s the excessively high sodium content in processed foods, which constitute a large part of the North American diet, that can potentially lead to the health risks listed above.

When purchasing food, check the nutritional information label, which will tell you the exact amount of sodium per serving.

The Sodium to Potassium Ratio

In the Journal of the American College of Cardiology, this report from March 2019 shows that the ratio of sodium to potassium in the body is more important, than the amount of sodium consumed, when determining how much to consume for health reasons.

In the report, it is stated:

The ratio of sodium to potassium in our bodies for optimal function is 1:3. This means one part sodium, to three parts potassium. In other words, we should intake three times as much potassium as sodium, for optimal nervous system function. 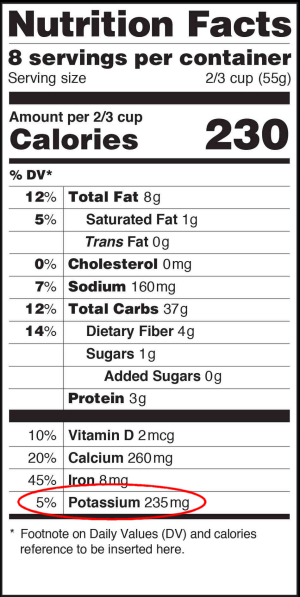 Potassium: Nutritional Info Label
In our modern society, however, our normal food intake is highly unbalanced when it comes to sodium and potassium content. Generally, processed foods are loaded with excessive amounts of sodium, and hardly enough potassium — if any at all.

Since January 2020, the FDA has made it mandatory for companies to list the amount of potassium on the nutrition label of foods. This PDF file shows an example of what the new nutrition label should look like.

Listed below are some foods with high potassium content:

Salt: The Take Away

It is not important to limit your salt intake, per se. For example, using a teaspoon of salt in a recipe, or a sprinkle of table salt on a plate of food — these are not necessarily bad practices.

As mentioned above, the body needs salt.

It is more important to: